The new novel by Alex Wade

The book tells the story of Harry Flack, a lawyer who turns against his employer, a national newspaper known as The Record. On the last night of his working life, Flack, the paper’s most trusted night lawyer, decides to create rather than eliminate legal problems.

If a journalist asks him if a high-risk story is publishable, Flack will wave it through. He’ll say ‘Legal OK’ to everything from serious libels to copyright infringements and contempts of court. He’ll even infiltrate the paper’s software and rewrite stories to make them as damaging as possible.

Why? Because on the day of his last shift, The Record’s new editor starts. His name is Eddie Conrad, and he and Flack are enemies from long ago…

Flack’s Last Shift merges fact and fiction, with real characters from Fleet Street appearing as versions of themselves or making cameo appearances, set against a backdrop of the Leveson Enquiry and the phone hacking scandal. The novel shines a light on what happens behind the scenes on Fleet Street, and asks the reader this question: how do we know that words mean what they say?

Praise for the Book

Alex Wade is a writer, freelance journalist and media lawyer. He has written three non-fiction sports books, been short-listed as sports feature writer of the year and written for all the UK’s broadsheets and many magazines. As a lawyer, Alex advises national newspapers such as The Times and The Guardian, as well as other publisher clients. He is also, with Caroline Davidson, the co-director of Frugal Speech.

Other books by Alex Wade 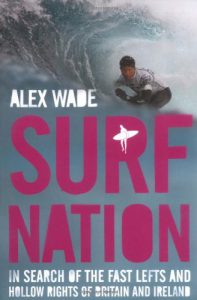 A Tale of Real Fights and White Collars

Flack’s Last Shift is now available at all good bookshops